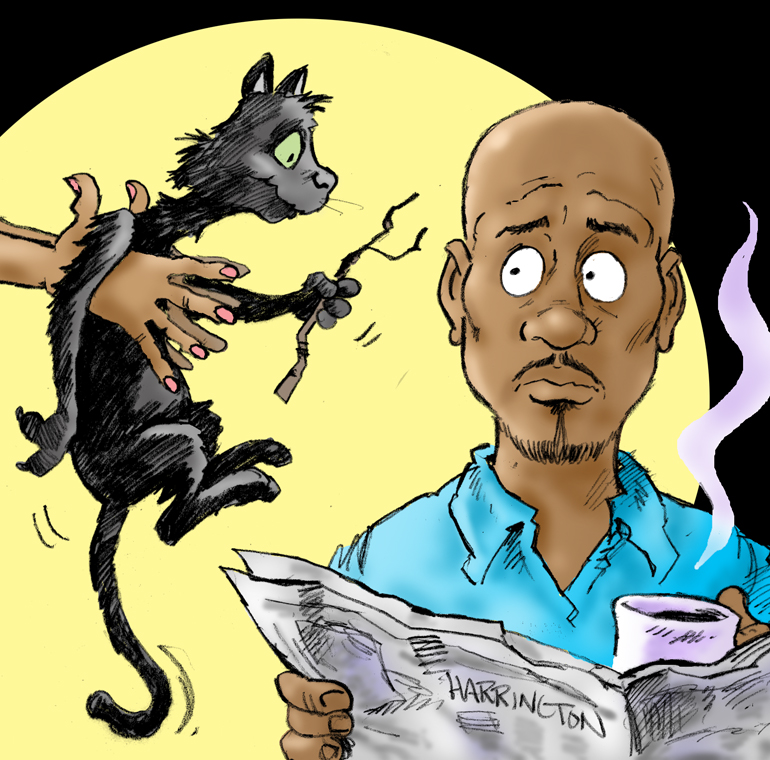 The blackest cat in town

After 13 years of being an anti-pet curmudgeon, I have finally relented. Last week, my family welcomed a furry four-legged creature into my home.

How did this turnabout occur, you ask? There’s only one explanation—conspiracy.

The plot began when a small black cat started hanging out around the house. My kids, being the benevolent little people they are, began to play with her. My wife, smitten by the cat’s snuggly demeanor, began feeding her things like rotisserie chicken and gourmet sausage.

Me? All I could think about were fleas, so whenever I left for work and found the cat lounging in front of my door, I shooed her away. And as the cat beat a hasty retreat I’d shake my fist and threateningly bellow, “Don’t come back!”

She ignored me of course, probably sensing that I would never actually harm her. Still, she gave me a wide berth whenever she returned. No matter. I wasn’t her key to the house with the meaty treasures. The children were.

Joe Biden has a lot to brag about. But Black folks need more than a speech

Joe Biden has a lot to brag about. But Black folks need more than a speech

Looking into the eyes of Derek Chauvin, the cop who murdered George Floyd