AWARD WINNING columnist, critically-acclaimed novelist, husband of one, and dad of three, Solomon is the author of eight novels, including the critically-acclaimed “Pipe Dream” (Random House). He has been featured nationally by media outlets like NPR and CNN Headline News. Formerly a professor of creative writing at Temple University, Solomon is an award-winning journalist whose work has appeared in numerous publications, including Essence, Newsday, and The Philadelphia Inquirer. In 2013, Solomon along with prominent authors like Noam Chomsky, was selected as one of 50 writers representing Philadelphia’s literary legacy. He is the creator of Words on the Street, a program that works with national and local partners to help students and parents improve literacy through writing. Solomon, a lifelong Philadelphian, is senior writer for Axis Philly and a columnist for the Philadelphia Daily News. He blogs for Newsworks and his latest novel is “The Dead Man’s Wife.”

LAVETA JONES  worked as a casting assistant on the Disney feature film, Beloved. Her television work includes stints as associate producer and researcher for the nationally syndicated productions, The Things We Do For Love, Food Fantasy, A Dating Story, and Surviving Motherhood. She has worked as a unit manager for the nationally syndicated Epicurious, and as a production secretary for the CBS newsmagazine, 48 Hours. She graduated summa cum laude with a B.A. in film and media arts from Temple University in 1999. She edited Pipe Dream, Solomon’s first novel, thus launching his professional writing career. She and Solomon have been married for 14 years.

Denise Clay has been a journalist for more than 20 years. She is currently a freelance columnist for the Philadelphia Public Record and also works as a copy editor/proofreader and columnist for the Philadelphia Sunday Sun, a black-owned weekly based in Philadelphia. She has worked at a variety of news organizations including the Philadelphia Tribune, the Bucks County Courier Times, the Elmira Star-Gazette and the Reading Eagle Times. Clay was also an anchor/reporter at WRTI-FM in Philadelphia and hosted a talk show entitled “The Next Movement” on IMG2.com. She has also freelanced for a variety of publications including XO Jane and Black America Web, and blogs as The Mad (political) Scientist. She is currently working on her Masters degree in journalism at Temple University in Philadelphia, where she also received her undergraduate degree in Broadcast Journalism.

RICHARD HARRINGTON has been creating illustrations professionally for over 30 years. After two years at Mohawk Valley Community College he attended Syracuse University and graduated with a BFA in Illustration. Rich is an Associate Professor of Illustration at Moore College of Art and Design in Philadelphia. He has created humorous and technical illustrations for a multitude of clients, ranging from publishers like Scholastic Inc. and McGraw-Hill, to General Electric and Chrysler. In addition to his assignments from clients, he currently creates a weekly sports cartoon for the Philadelphia Daily News, along with a weekly illustration for columnist Solomon Jones. In 2008, a collection of the astronomy strips he collaborated on with Jack Horkheimer forOdyssey magazine were published in a hardcover book, Stargazing With Jack Horkheimer. Rich is the President of the Philadelphia Sketch Club, home of America’s oldest artists club. CLICK HERE to see more of Rich’s work.

NATOSHA, AKA TOSH, is a Philadelphia native and host of the popular online talk show, “Table Talk with Tosh,” where she brings listeners a wide variety of weekly topics. Tosh is also the best-selling author of several books, including her newly released novel and e-book titles: Men Cheat Women Experiment, and, Only Fools Gamble Twice. She is a co-author of Weight Broke the Wagon, in which she and two friends discuss how they collectively lost over 200 pounds. She is also working on a short film based on the book, Men Cheat Women Experiment. Tosh, a loving wife and dedicated mother of three, has a B.A. in Communication, and an M.A. in Media/Communications Management. She is member of Delta Sigma Theta Sorority, Inc. Learn more at Weightbrokethewagon.com. Follow her on Twitter @TabletalkwTosh or on Facebook at Natosha MrsQuestionoftheDay Warner.

JUNE WILSON is a computer engineer by day and a web consultant and blogger by night.  With over 15-years of experience in the IT field, some affectionally call her the Matrix Operator.  She’ll help you navigate the mysterious world wide web.  Well versed in WordPress, CMS, social media, e-mail marketing & search engine optimization (SEO), she joins the SolomonJones.com team as a constant source to repair the technical glitches that go bump in the night & ensures the site’s backend is tight & right. Click here to learn more about June.

TIESHKA SMITH is a Philadelphia-based photographer, visual storyteller and blogger. Her body of work is comprised of still photography in the social documentary and visual storytelling tradition of Gordon Parks, Vivian Maier, Henri Cartier Bresson, Jamel Shabazz and others.  She strives to make art that amplifies the voices of people and families who live in urban communities, and challenges people to rethink their views on race and class. Smith’s work has been exhibited throughout Philadelphia and the NYC area, and featured in a wide variety of online and print publications.  Her full photography resume can be found at http://genxtraordinary.wordpress.com/resume.  A Chicago native, Smith is a graduate of Northwestern University and Keller Graduate School of Management, and she blogs at http://theothergermantown.tumblr.com. 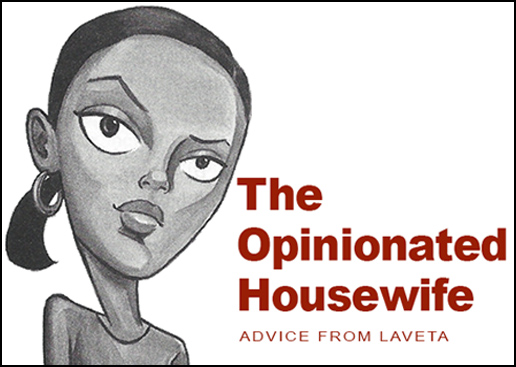